This page contains affiliate links, which means if you use these links to purchase an item or service I receive a commission at no extra cost to you. Visit my Affiliate Disclaimer page here.

Here at That Gluten Free Vegan Life we’ve been introduced to several vegan sneaker brands now all claiming to be the best, so when we were sent a pair of Tropicfeel sneakers to try we had a bit of skepticism in our hearts.

Our founder decided she would be the one to try these shoes out because she had actually been looking for a new black pair of sneakers to replace her old ones that were Definitely on their way out…we all agreed on that.

So she placed her order and waited while we went searching for more information on the company. Before the shoes ever arrived we had found out some pretty incredible things about Tropicfeel.

The first thing we found out was that these sneakers were made by travelers for travelers. They wanted to create a sneaker that could be the only shoe you had to pack for your trip, that it would serve all your stepping needs, and it would hold up to 100s of hours of walking.

What they came up with is an all-terrain sneaker that can go from your workplace to the outdoors, mountain, even the ocean.

They call it “The World’s Most Functional Travel Shoe”. Their claim is that it is high quality, versatile and sustainable. Gear that they would want to use themselves no matter when or where.

Gear that could offer high performance and durability through sustainable materials.

So they focused on improving every stage of their supply chain to reduce negative footprints. They partnered with Cosmo and Bloomfoam to use recycled and eco-materials.

They made them vegan and received PETA’s Approved Vegan Marking. They even give back 1% of all sales to keep the earth’s natural wonders alive, so future generations can experience them too.

They claim to be lightweight, quick-drying, and breathable. They are 70% polyester from 4 recycled plastic bottles…what? That’s so cool. The insoles are 8% algae and use 20% of recycled EVA in the outsole. EVA is rarely recycled so the fact that Tropicfeel puts effort into using this recycled material is amazing.

They are slip-resistant, have a flexible rubber sole, use breathable 3D mesh technology, are slip-on, easy to clean, and they even claim you can swim in them. Seriously?

At this point, the shoes arrived and it was time to test them out.

Tropicfeel sneakers currently come in two styles, Monsoons, which are more of a casual sneaker that can be work with jeans or with casual slacks, and Canyons which in our opinion look more like a running shoe. They both claim to be the ultimate travel shoe with 4-in-1 versatility; providing the benefits of an aqua shoe, the comfort of a walking shoe, the outsole of a hiking shoe, and the look of a daily piece.

They both have an elastic counter heel, drainage holes, a dual cushion outsole, a full rubber bottom, spring laces, and air mesh. They are made to be stylish for urban life and at the same time made durable for outdoor life.

Our boss chose the Canyon in black, which also came with an extra set of laces in turquoise. She immediately changed out the black laces for the turquoise ones and put them on.

She was surprised by the fact that they fit so well. She NEVER buys shoes online because she has short, wide, fat feet (her words lol) and she has to try on every single pair of shoes personally before she can find ones that don’t hurt.

So when she put these Tropicfeel sneakers on and stood up she had a look of disbelief on her face. She proceeded in walking a little strangely around the office while all of us watched her like she was going crazy.

After her walk around the office, she stopped, looked out at us and said, “Holy Crap! These actually fit!” Apparently she did not expect that a pair of sneakers ordered over the internet would fit so well.

She proceeded to wear these sneakers every single day for the next few weeks. She wore them to work. She wore them on her walks and to the gym. She wore them on hikes in the mountains. But her favorite test…she wore them in the lake. Yep, she said that they claim to be quick-drying and durable enough to swim in so that’s exactly what she did.

When she got out of the lake she didn’t even take them off to dry but wore them around the rest of the day. She said they did indeed dry fast and held up as well.

Before she would let us write about them she demanded she put one more claim to the test…that they’re easy to wash.

She washed them as recommended. She removed the innersole and hand washed it as directed. Then she threw the sneakers into the washing machine on a short cycle with warm water. She let them air dry as directed, put the innersoles back in and…boom…they were as good as new.

When we asked her if she would be able to travel with only this pair of shoes with her on her trips she exclaimed that she would also need a comfy flip flop. Coincidentally Tropicfeel also makes a nice flip flop she’s wanting to try now.

All in all, we have to say that the shoes live up to their hype. They’re well made, well thought out, they dry quickly, they’re comfortable and…they’re Vegan…which we love the best around here.

Check out a pair for yourself Here. 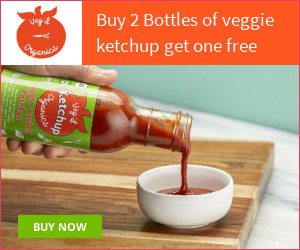